Statistical Analysis: Clinical factors were assessed by either the Chi-square or Fisher’s exact tests; ANOVA or t test were used to analyze age.

© 2021 Agendia. All rights reserved. MammaPrint and Blueprint are registered trademarks of Agendia, Inc.

This website uses cookies to improve your experience while you navigate through the website. Out of these cookies, the cookies that are categorized as necessary are stored on your browser as they are essential for the working of basic functionalities of the website. We also use third-party cookies that help us analyze and understand how you use this website. These cookies will be stored in your browser only with your consent. You also have the option to opt-out of these cookies. But opting out of some of these cookies may have an effect on your browsing experience.
Necessary Always Enabled
Necessary cookies are absolutely essential for the website to function properly. This category only includes cookies that ensures basic functionalities and security features of the website. These cookies do not store any personal information.
Non-necessary
Any cookies that may not be particularly necessary for the website to function and is used specifically to collect user personal data via analytics, ads, other embedded contents are termed as non-necessary cookies. It is mandatory to procure user consent prior to running these cookies on your website.
SAVE & ACCEPT

Christy Garcia, Vice President, Compliance joined Agendia in February 2021. Prior to Agendia, she served as chief privacy officer and director of compliance for Myriad Genetics. She also held quality and compliance positions at Atricure, Inc. and Ethicon Endo Surgery, Inc. Mrs. Garcia graduated from Northern Kentucky University with an A.A. in Integrative Studies and a B.A. in Organizational Leadership. She has compliance and privacy certifications in the US and from Seton Hall. She is a member of the Health Care Compliance Association and International Association of Privacy Professionals.

Prof. Laura van ‘t Veer, PhD, is co‑founder of Agendia and serves as its Chief Research Officer. As one of the world’s leading innovators in cancer diagnostics, she is widely recognized as a pioneer in the field of personalized medicine, also known as precision medicine. She has a 20-year track record in molecular oncology research, which includes more than 230 scientific publications and prestigious awards for her contributions to breast cancer care.

Dr. van ‘t Veer is best known for work stemming from a discovery she and her team made at the Netherlands Cancer Institute (NKI). They established that a specific DNA signature made up of 70 genes distinguished whether breast cancer tumors had a low or high risk of recurrence. After patenting their innovation, she and research partner René Bernards founded Agendia and launched the MammaPrint test.

In 2010, Dr. van ‘t Veer was appointed Professor of Laboratory Medicine and Director of Applied Genomics at the University of California San Francisco. She is also the former head of the NKI’s DNA-diagnostic laboratory. She was awarded a 2014 European Union Prize for Women Innovators that acknowledges the ways MammaPrint has helped transform breast cancer care. In 2015, the European Patent Office (EPO) recognized MammaPrint’s impact on breast cancer diagnostics by honoring Dr. van ‘t Veer with a European Inventor Award. 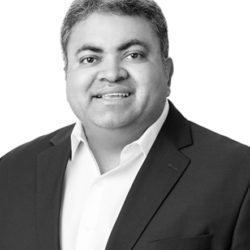 Roopom is a life science business leader with 20 years’ experience covering strategy, financial advisory, operational and scientific roles. He has broad experience with startups to global Fortune 500 companies advising on corporate strategy, portfolio design, product development and commercialization, financing, partnerships and acquisitions. Most recently, he was President and CEO of RainDance Technologies (acquired by BioRad Labs) and led the company to become a pioneer in Liquid Biopsy for detecting cancer from a blood test.

A biochemist and economist by training, Roopom has a graduate degree from Harvard and two undergrad degrees from MIT where he was elected a Howard Hughes Medical Institute Scholar.

Wendy joined Agendia in May 2019 and brings 20 years of success in launching, relaunching and leading commercial organizations in diagnostic, surgical and capital sales, with a focus in Oncology and Women’s Health. She also comes with extensive experience in marketing, corporate advocacy and sales training.


Wendy’s career history includes working at Animated Dynamics, Strand Diagnostics, Biodesix, Integrated Oncology, and Cytyc Corporation. Most recently, Wendy served as CCO for Animated Dynamics, an imaging company that delivers drug assessments in 3D living tissue samples. Prior to that, Wendy served as CCO with Biodesix, where she relaunched VeriStrat and brought the GeneStrat test to market, both of which resulted in continuous record growth.

Previous to Biodesix, Wendy served as VP of Sales with Integrated Oncology, and her responsibilities included successfully integrating US Labs and Genzyme Genetics under one umbrella.

Wendy’s tenure with Precision Therapeutics included national sales roles and a relaunch of the company’s ChemoFx product, which helped lead to large expansion of the company’s revenue growth. Wendy also has start up experience with Vermillion and Cytyc Corporation (now Hologic).

Bas van der Baan is Chief Clinical and Business Development Officer at Agendia and joined the Company shortly after its founding in 2003. Bas holds a degree in molecular sciences and has over 15 years of healthcare experience in commercial roles, and has held positions at Unilever and other biotechnology start-ups.

Prof. Dr. René Bernards is Chief Scientific Officer of Agendia and also a co‑founder of the Company. René has a 30-year track record in oncology research, with more than 150 published papers in peer-reviewed journals. He is the Head of Division of Molecular Carcinogenesis of the Netherlands Cancer Institute, professor of Molecular Carcinogenesis at Utrecht University and member of the Royal Netherlands Academy of Arts and Sciences (KNAW). In addition René is a member of the Scientific Advisory Board of Gilde Healthcare fund. 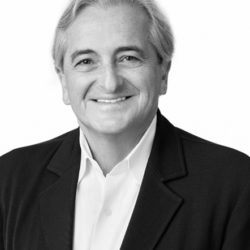 Dr. William Audeh is a medical oncologist specializing in breast cancer, with nearly 30 years of experience as a clinician and clinical researcher at the Cedars-Sinai Cancer Center in Los Angeles, where he continues to be a member of the Medical Staff. Prior to joining Agendia, and in addition to his clinical practice, he served as the former Director of the Cedars-Sinai Cancer Center and Medical Director of the Wasserman Breast Cancer Risk Reduction Program. Dr. Audeh also served as Director of the Medical Oncology Training Program for Breast Surgery and Surgical Oncology Fellowships at Cedars-Sinai, and is Associate Clinical Professor of Medicine at the UCLA David Geffen School of Medicine. Dr. Audeh has been Principal Investigator on a wide variety of national and international clinical and translational trials, and has authored numerous publications in the field of breast cancer, cancer genomics, and targeted cancer therapy.

Dr. Audeh received his medical degree from the University of Iowa and an M.S. Degree in Genetics from the University of Minnesota. He went on to complete his residency in Internal Medicine as well as a fellowship in Medical Oncology at Stanford University Medical Center. He is board certified on internal medicine and medical oncology, and is a member of the American Society of Clinical Oncology and American Association of Cancer Research.

Brian Dow joined Agendia in June 2020 as Chief Financial Officer with more than 25 years of financial, accounting and operations experience with a focus on public and emerging life sciences companies. Most recently, Brian served as Chief Financial Officer & Senior Vice President, Finance and Administration of Pulse Biosciences, a medical technology company developing a novel energy-based tissue treatment platform. Prior to that role, he was the Vice President and Principal Accounting Officer of Pacific Biosciences of California, a leading provider of next generation genetic sequencing instruments. In addition, Brian held a series of financial officer positions, more recently serving as the Chief Financial Officer with Northstar Neuroscience, Inc., a development stage medical device company. Brian began his career as a manager with Ernst and Young after earning his Bachelor of Science degree in Management from the Georgia Institute of Technology. Brian is also recognized as a licensed Certified Public Accountant by the Washington State Board of Accountancy.

Mr. Mark R. Straley joined Agendia Inc. in August 2015 as the company’s CEO, bringing more than 25 years of international experience developing and commercializing clinical diagnostics and laboratory services. Most recently he served as President, Anatomical Pathology of Thermo Fisher Scientific of Waltham, Massachusetts. Prior to this position he was President and CEO of Metamark Genetics of Cambridge, Massachusetts, a biotech company focusing on the development of prognostic and predictive diagnostic tests for personalized treatment of cancer patients. From 2005 to 2010, Mark held positions at Ortho Clinical Diagnostics, a J&J company, first as Worldwide Vice President of Marketing and then as Worldwide President. Prior to his assignment with J&J, Mark worked for such brand name companies as Bayer Healthcare and Abbott Laboratories where he held positions of increasing responsibility. Mark earned a Bachelor of Science degree in Marketing from Miami University.

Agendia does not accept unsolicited resumes from any third-party recruiters, agencies or individuals. All third party recruiters, agencies or individuals seeking to work with Agendia must first contact Human Resources at jobs@agendia.com. Only approved staffing vendors will be allowed to provide services to Agendia. Unsolicited resumes submitted directly to hiring managers, employees or representatives will be deemed the property of Agendia to follow up with as it sees applicable, and no fee will be paid in the event a candidate is hired as a result of the referral or by other means. Submission of unsolicited resumes does not create any implied obligation on the part of Agendia. Kurt joined Agendia in March of 2012 and has more than fifteen years of experience in financial management and analytics in healthcare, banking and aerospace industries. His previous public company experience has been at Alphatec Spine, Wells Fargo and UTC Aerospace. Kurt holds a Master’s of Science in Business Administration degree from San Diego State University with a focus on Finance and a Bachelor of Science degree in Finance from the University of Wisconsin-Milwaukee.

Agendia, Inc. is committed to providing quality testing for patients and their treating physicians by offering timely results, reliable customer service, and adhering to responsible billing practices. As a part of Agendia’s regulatory policy, we follow all Federal & State requirements, based on applicable rules and regulations as it relates to Clinical Laboratory services.

The “14 Day Rule” is a regulation set forth by the Centers for Medicare & Medicaid Services (CMS) that generally requires laboratories, including Agendia, to bill a hospital or hospital-owned facility for certain clinical and pathology laboratory services and the technical component of pathology services provided to Medicare patients when services are ordered less than 14 days after an inpatient discharge.

How do we determine the date of service?

Who is impacted by the 14-Day Rule?

Hospitals and hospital-owned facilities where the patient’s specimen was collected for a hospital inpatient encounter.

Is there an exception to the Date of service (DOS) policy?

Below is an outline of the scenarios under which the Medicare date of service rules will apply to Agendia’s tests. The decision to submit an order for testing should be guided by the clinical judgment of the ordering physician and should not be based on the application of any billing rules.